Alpaca wool is a type of wool that is derived from the fibers that naturally grow on alpacas. These animals are known as camelids since they are similar to camels, and alpacas are native to South America. There are two breeds of this four-legged animal: the Huacaya alpaca and the Suri alpaca. The types of wool derived from each of these types of alpacas are equally prized for different reasons.

Wool derived from alpacas can be either heavy or light depending on how it is spun, which means that it is ideal for a number of different kinds of garments. Compared to sheep wool, alpaca wool is considerably softer, and it is also more durable.

The fibers that are used to make this type of wool are equipped with tiny air pockets, and these minuscule spaces provide enhanced breathability. At the same time, these fibers are highly insulative, and alpaca wool is considered to be one of the warmest types of animal fibers. In addition, this type of wool is highly water-resistant, and it is hard to set on fire.

Since wool made from alpaca fibers does not contain any lanolin, it is hypoallergenic. The wool made from Huacaya alpacas is spongy, and it naturally crimps, which is when wool develops a wavy appearance as it is woven. This attribute makes Huacaya wool elastic, and it is easier to knit. 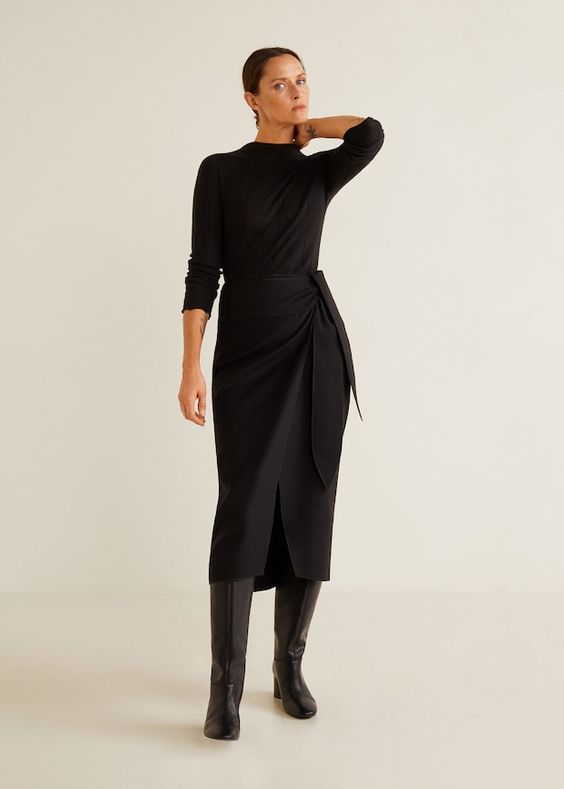 Suri alpaca wool, however, does not have any crimp, and it is more suited for weaving. Garments made from this type of wool can be crude and simple, but it’s also possible to make high-end business suits and designer clothing from this material. Whichever type of garment is made from this type of wool, the process used to make this fabric is similar to the method used to make sheep wool.

Due to its numerous beneficial qualities, alpaca wool is considered to be a luxury fabric. It is highly desired among consumers, and it often fetches a higher price than other types of wool. To offset this increased price, some American alpaca breeders have formed fiber co-ops.

Indigenous South Americans have bred alpacas for thousands of years. Since this type of wool has so many beneficial qualities, it was often reserved for royalty, and it was sometimes known as “the fiber of the gods.” While it used to be the case that this type of wool was mainly made in South America, alpacas have been exported to other nations around the world in recent decades, and this fiber is now produced in the United States, Australia, New Zealand, and a number of other countries.

The first records of Western manufacture of alpaca wool are from the 1800s, but alpacas were present in Spain soon after the conquest of South America. Since this type of fiber is perceived to have a negligible environmental impact, the popularity of wool made from alpacas is practically guaranteed to remain constant or increase.

How Is Alpaca Wool Made? 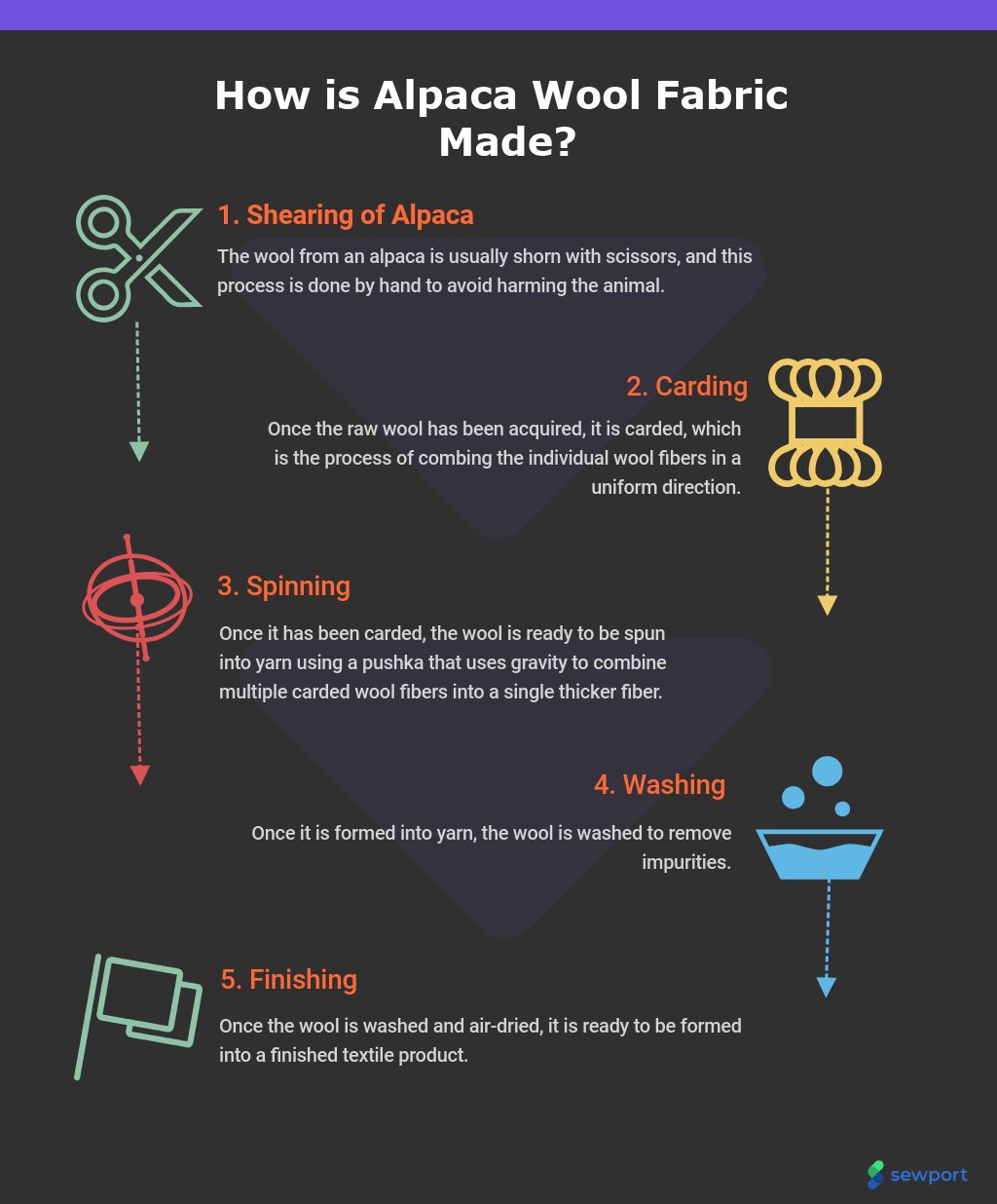 The alpaca wool production process begins with the shearing of an alpaca. In most cases, farmers own and take care of multiple alpacas, and they may stagger the shearing process so that each animal is ready to be shorn at a different time, or they might shear their animals all at once.

An alpaca is ready for shearing when its hair has reached a certain length, but there is some disagreement among alpaca breeders as to when the optimum length is reached. In addition, the ideal shearing time varies between Huacaya and Suri alpacas.

The wool from an alpaca is usually shorn with scissors, and this process is done by hand to avoid harming the animal. It usually takes 2-3 people to shear an alpaca since these animals are highly resistant to the process. In most cases, the entire coat of the animal comes off in one large mat; alpaca breeders shear their animals close to the skin, and they usually shear almost the entire body.

Once the raw wool has been acquired, it is carded, which is the process of combing the individual wool fibers in a uniform direction. Once it has been carded, the wool is ready to be spun into yarn. 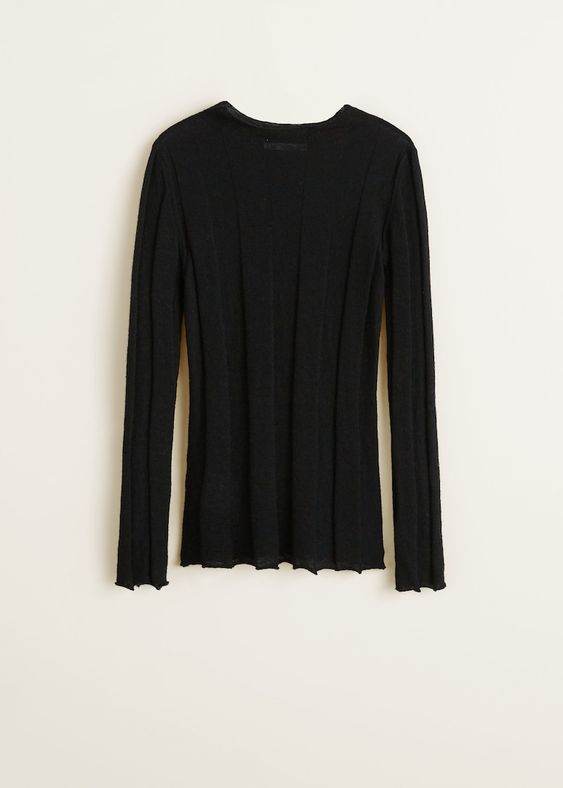 When alpaca wool is spun into yarn using the indigenous methods that are still common in Peru and other countries, a variant of a drop spindle called a “pushka” is commonly used. This device looks similar to a spinning top, and it uses gravity to combine multiple carded wool fibers into a single thicker fiber.

In other applications, however, more advanced spinning technologies may be used. For instance, the treadle wheel is commonly used to spin this fabric, and in some cases, carded alpaca wool may even be spun in factory settings. The production of this fabric in Peru, however, is almost entirely performed by hand by indigenous people.

Once it is formed into yarn, the wool is washed to remove impurities. The indigenous people of Peru use a variety of wild plants to make non-toxic and simple washing substances, and unlike the process used with sheep wool, this type of wool is washed after it is spun.

In other countries or in more industrial situations, other non-toxic washing agents may be used to clean wool before it is woven or knitted. Once the wool is washed and air-dried, it is ready to be formed into a finished textile product.

How Is Alpaca Wool Used? 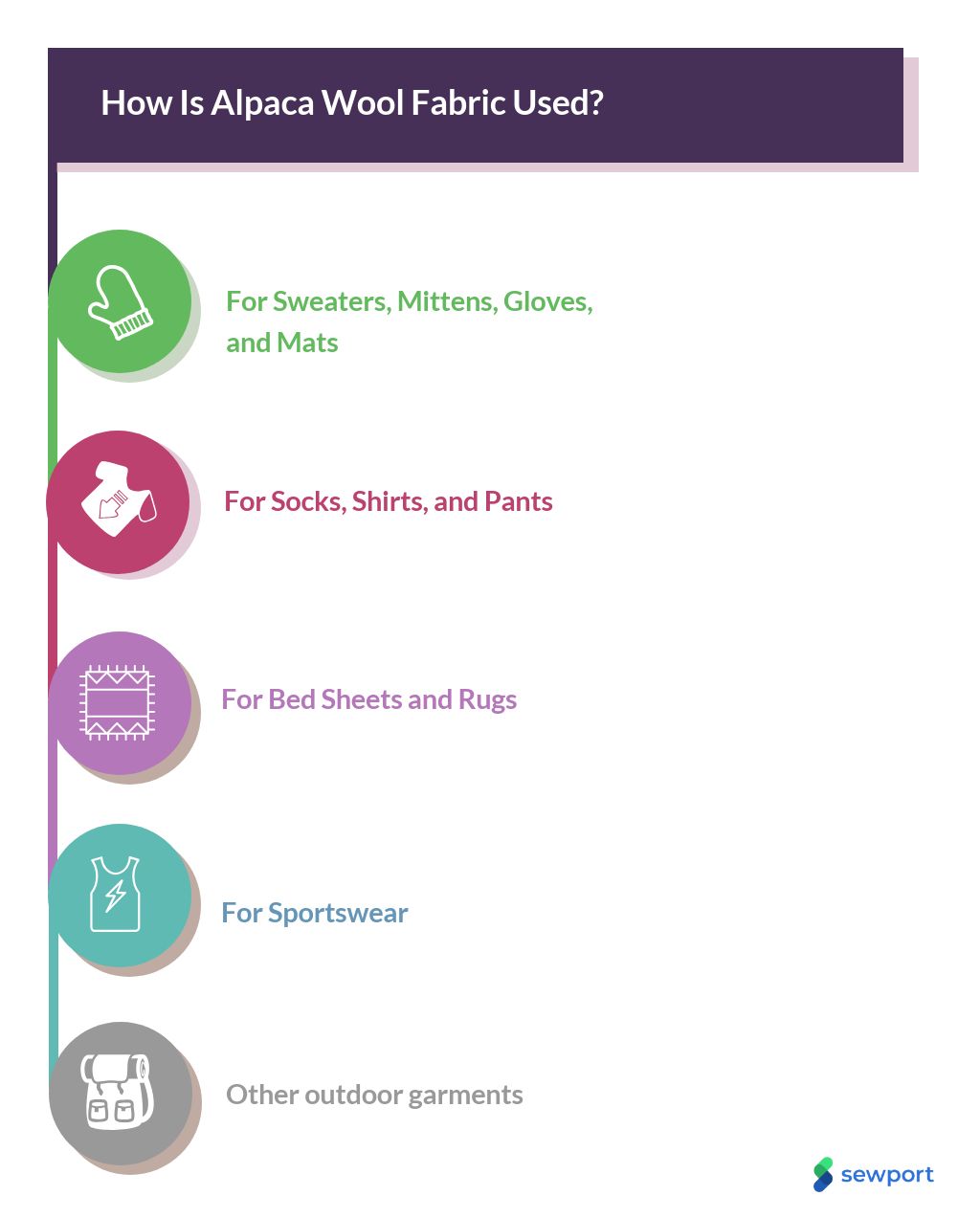 In addition, this type of wool is used in many traditional wool applications such as socks, shirts, and pants. However, the type of wool produced by alpacas can be made into a very fine yarn, which means that it can be used in a variety of applications that aren’t feasible when using sheep wool. 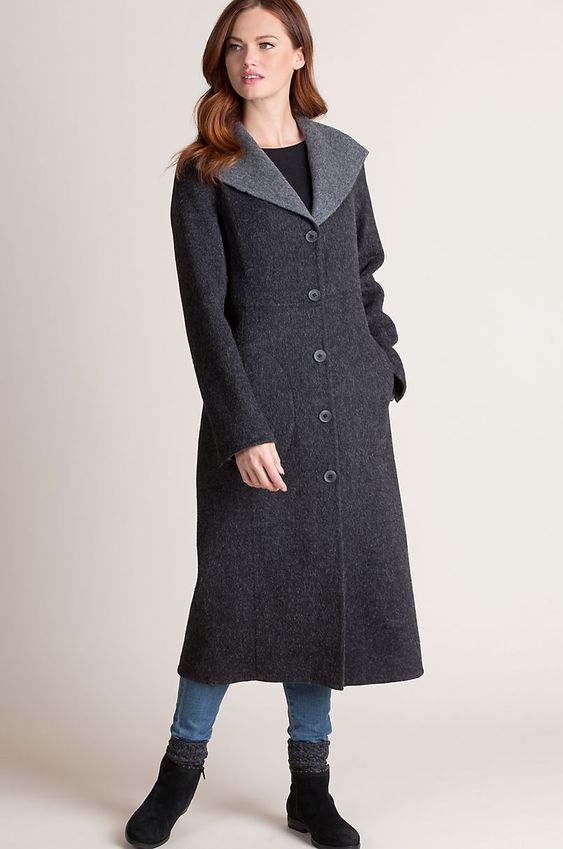 For instance, it’s possible to make lightweight shirts from this type of wool, and textile manufacturers can also make sportcoats from this material. While wool blankets can be made from practically any wool fiber, the type of wool made by alpacas can also be formed into sheets or other types of fine bedding.

In addition, some manufacturers make rugs from this type of wool, and it’s also possible to form this fabric into dolls and other types of toys. Due to the combined breathability and heat retention of alpaca wool, this type of wool is more desirable in certain types of sportswear than other forms of animal fiber. Hiking socks, fleeces, and other outdoor garments are lighter and more comfortable when they are made from this type of wool.

Where Is Alpaca Wool Produced? 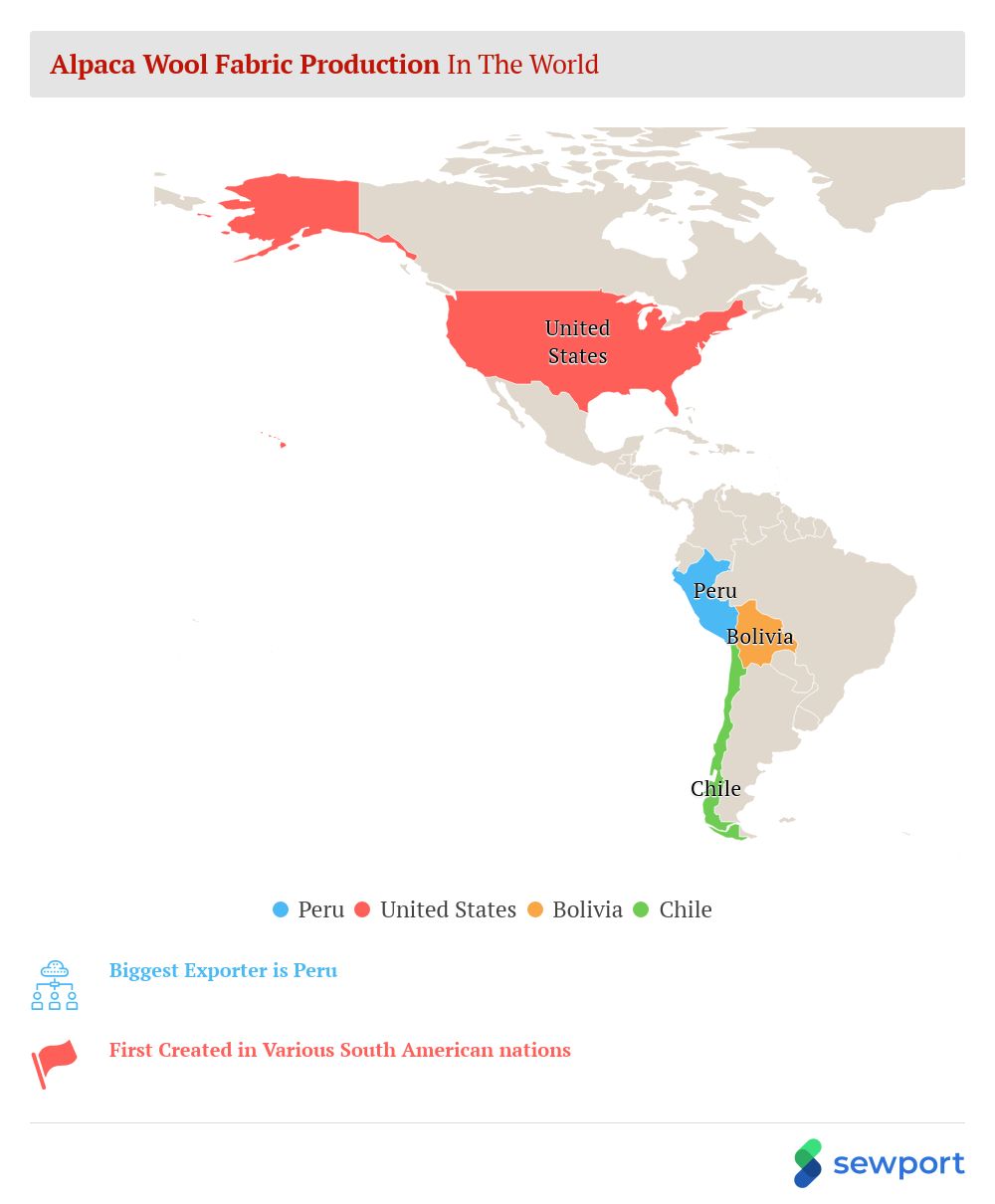 Peru is the world’s largest alpaca fiber producer. This country is home to 87 percent of the world’s alpaca population, and 90 percent of alpaca wool shipments are sent from Peru.

Bolivia and Chile are Peru’s major competitors when it comes to the production of this highly prized substance. While alpacas are also raised by farmers in other countries, their farms are few and far between, and these farmers generally don’t export their wares to other countries.

Peru exports about 4,500 tons of alpaca fiber per year, and producers of this substance in Peru made a combined $68.3 million between the months of January and November of 2017. By all appearances, Peru will remain the world’s preeminent exporter of alpaca fiber for the foreseeable future.

How Much Does Alpaca Wool Cost?

Alpaca wool varies widely in price. While this fiber can sell for between $2 and $4 per ounce if it is high-quality, the average wholesale price of alpaca fiber is around $0.50 to $0.75 per ounce.

What Different Types of Alpaca Wool Are There? 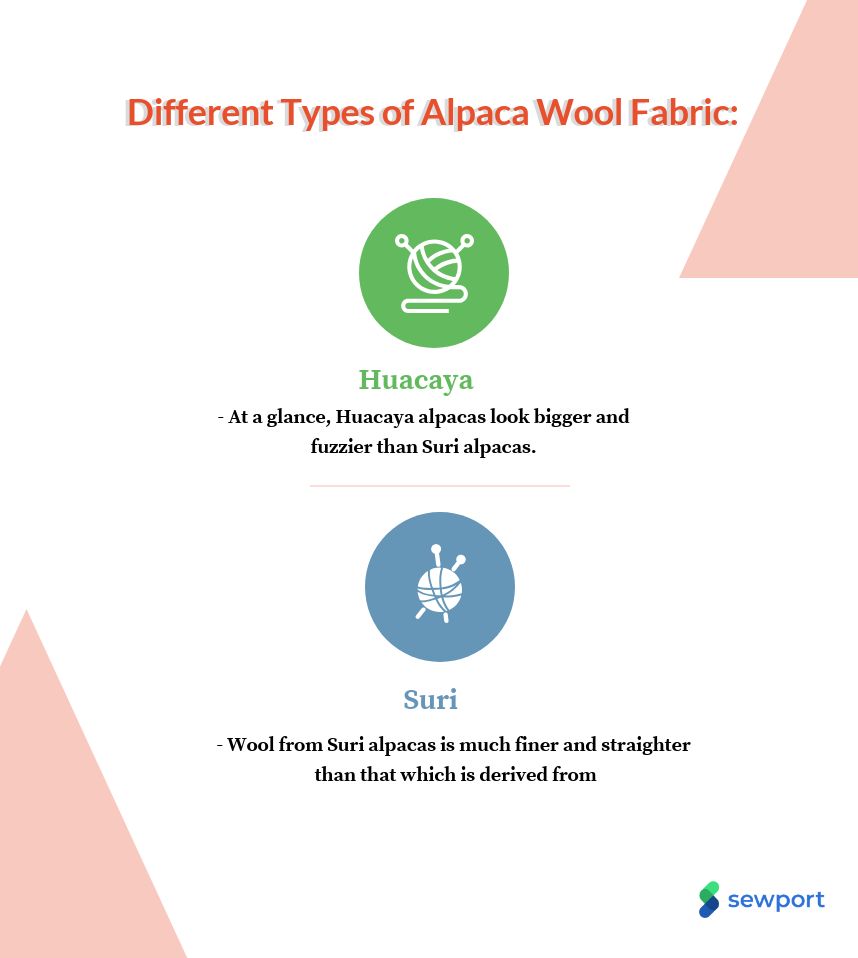 Two different alpaca breeds have historically been bred for their wool. These two breeds are:

How Does Alpaca Wool Impact the Environment?

The farming of alpacas and the harvesting of the wool that these animals produce has a negligible environmental impact. Even though this type of wool has become increasingly popular in recent decades, it still isn’t produced in high enough quantities to impact the environment one way or the other, and even if production of this fiber became much more widespread, it’s unlikely that it would be environmentally harmful. 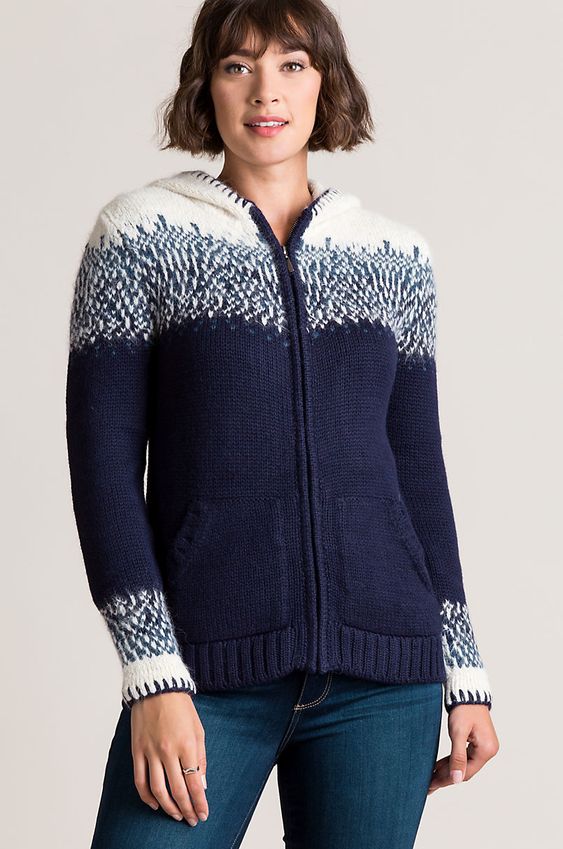 In many South American countries, this wool is harvested and prepared in traditional methods that are designed to be in harmony with the environment. Even when alpacas are bred in other countries, alpaca breeders are generally enthusiastic about the animals that they raise, and they do not subject them to factory farming conditions.

It is, of course, possible for unethical alpaca breeders to harm their animals or use environmentally degrading methods of production, but the chances of this occurring are incredibly low. Alpaca wool is an entirely biodegradable fabric, which means that it does not pollute the hydrosphere or biosphere.

The only way that the production of wool from alpaca fibers could be environmentally degrading is if harmful dyes or bleaching substances were used to prepare alpaca yarn. Then again, this fabric is still produced in such low quantities that even such practices would likely have a negligible environmental impact. 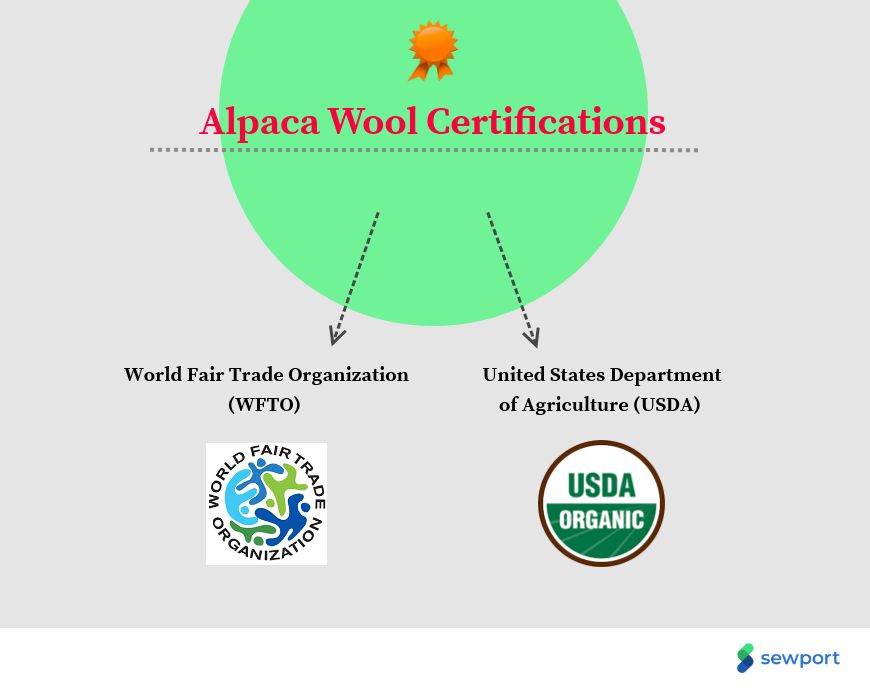 If the processes used to harvest and produce alpaca wool fall within certain parameters, it is possible to have this type of fabric certified by the World Fair Trade Organization (WFTO). To be qualified for WFTO certification, this type of wool must be produced in a sustainable manner that is good for the environment, for workers, and the alpacas themselves.

In addition, it’s possible to have alpaca wool certified as organic by the United States Department of Agriculture or another state-controlled agriculture association. It’s also possible to have this type of wool certified as organic by an independent organization, but this type of certification may not be as impressive to consumers as USDA certification.