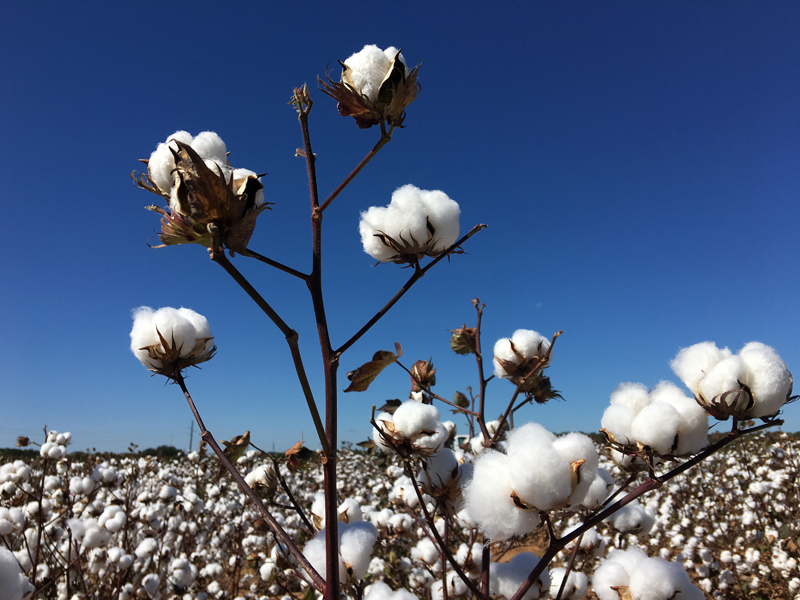 Cotton breeders face a “Catch-22.” Yield from cotton crops is inversely related to fiber quality. In general, as yield improves, fiber quality decreases, and vice-versa. “This is one of the most significant challenges for cotton breeders,” says Peng Chee, a researcher at the University of Georgia.

To overcome the yield vs quality challenge, Chee and colleagues turned to obsolete cultivars – or strains – of cotton with ‘exotic’ genetic material. In a new study, they report findings that could help breeders improve cotton fiber quality while maintaining or even improving yield.
The study focused on the genetics of hybrid ‘Sealand’ cultivars. These cultivars were developed by breeding two different species of cotton – Upland and Sea Island. Sea Island cotton is the type generally also known as “Pima or Egyptian cotton” from the species Gossypium barbadense. Its fibers are found in the highest quality garments and linens, due to its long, strong and fine fibers.
About 97% of the cotton grown in the United States is Upland cotton from the species Gossypium hirsutum. Upland cotton has much higher yields and broader adaptation, but lower fiber quality compared to Pima cotton. “The breeding challenge lies in transferring Pima fiber quality to Upland,” says Chee.
Because they are two different species, there are significant genetic barriers between Upland and Pima. These differences can cause genetic abnormalities during and after breeding. Starting in the 1930s and 40s, breeders at the USDA successfully bred Upland with Sea Island cotton species. The results of these breeding efforts were the Sealand cotton cultivars, which has the appearance of Upland but with much improved fiber quality. In fact, a couple of Sealand cultivars were commercially grown briefly in parts of the US in the 1950s. “However, the genetic details of Sealand cultivars have remained largely unknown,” says Chee.
Until now. Chee and colleagues generated genetic ‘maps’ of two Sealand cultivars. They found that the superior fiber quality of Sealand cotton were in part due to genes inherited from the Sea Island cotton. Fiber length, for example, is one aspect of cotton fiber quality. The researchers found that two of the three genetic segments controlling fiber length in one of the Sealand cultivars was inherited from the Sea Island parent.
“These detailed genetic dissections help us better understand interspecies hybridization,” says Chee. “Now that we know which part of the genome controls fiber quality, we can now develop tools to select for these traits. We can also select desirable combinations of genes to improve multiple fiber quality traits.”
Improving cotton quality can have ramifications for international trade. The global cotton import-export market is estimated to be worth more than 12 billion dollars. The United States is the largest exporter of cotton.