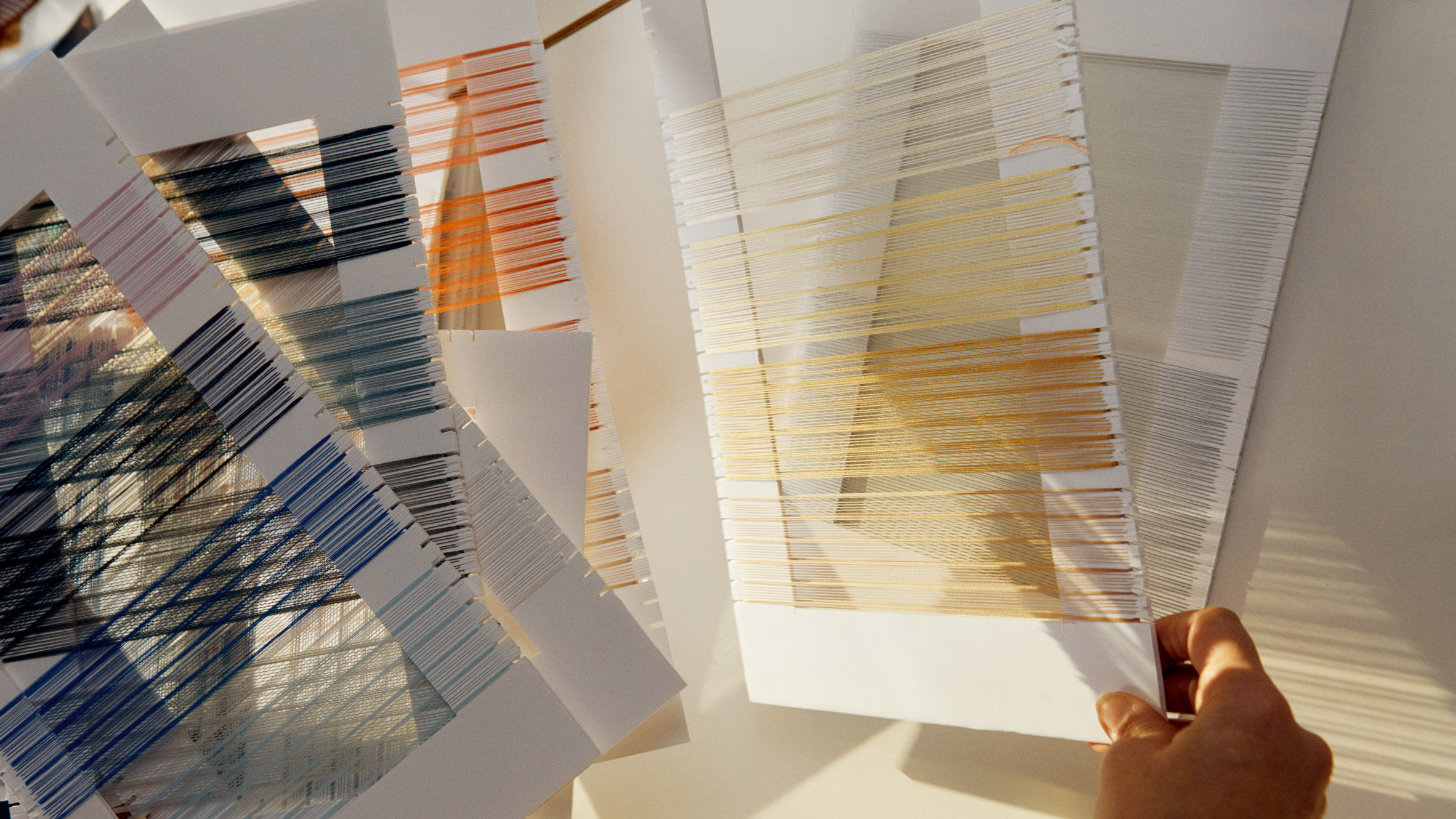 Kvadrat launched the Maya and Jaali fabrics at the recent Stockholm Furniture & Light Fair, where Nipa Doshi and Jonathan Levien were also this year’s Guest of Honour.
The designers created a pavilion containing some of their best-known works in the fair’s entrance hall and used the new fabrics in the space as curtains and upholstery.

The Maya design is a light and airy curtain textile with a see-through structure and a matte finish. The weave results in an open grid, balanced with narrow, densely woven bands that create the illusion of a striped pattern running from flooring to ceiling.
“Maya has an interesting construction because it’s very loosely woven but also very robust,” explained Doshi during Dezeen’s visit to the Guest of Honour installation.
“I looked at a lot of Indian saris which have both transparency and structure,” she added. “This also helped inspire the colours, which are light and summery.”

Maya, meaning illusion in Hindi, is designed to create a play of light and shadow as it moves or as the sun’s position changes throughout the day.
“The idea was to create something that is as light as air, also a bit opaque like smoke, and cool like the moonlight,” Doshi added. “You can see through it, and it moves gently if there’s a breeze coming through.”

create something that is as light as air