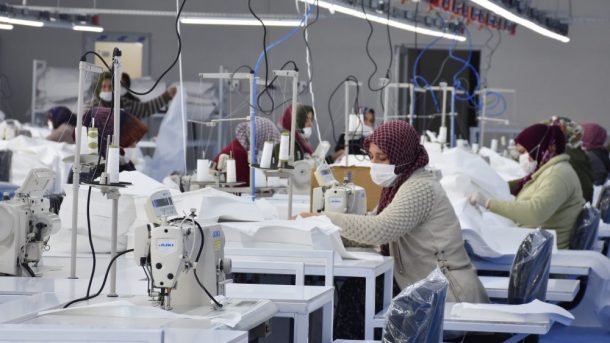 In the midst of the normalization cycle following the coronavirus outbreak, Istanbul’s Laleli, Osmanbey and Merter districts predict an overall trade volume decline of up to 40% over 2020.

According to a report published by the Turkish daily Dünya, after June 1, when the country began reopening its economy by gradually lifting most of the previously imposed restrictions, the number of closed companies in Laleli has even increased.
Gıyaseddin Eyyüpkoca, chairman of the Laleli Industrialists and Businessmen ‘s Association (LAS-AD), which represents some 2,500 traders in Laleli, said that in 2019 the district reported about $3 billion (TL 20 billion) in commerce. Eyyüpkoca told Dünya that a large portion of the trade was conducted through applications such as WhatsApp during the coronavirus restrictions.