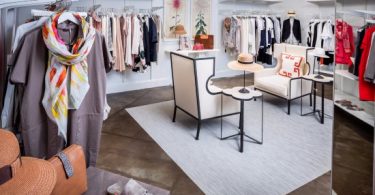 When sales fall, traditional and luxury retailers like Hugo Boss, Burberry, Mulberry and Nordstrom are pressing their landlords for flexibility. Burberry, a British luxury firm, partnered with landlords in the Asian shop network on rental relief. In tough market conditions, Hugo Boss seeks ‘selective and temporary’ rental relief and Nordstrom plans to decrease rental payments by early next year.

Mid-market brands such as H&M and New Look have asked landlords to relate their leases to potential sales. The body representing the Italian fashion industry, Confindustria Moda, called for a moratorium on rental payments when stores around the country were all closed in March. Thierry Andretta, Chief Executive Officer, Mulberry has urged the British government to review rents and business rates, a form of property tax that you occupy, protect jobs, and allow companies time to recover from them. Andretta has explicitly drawn the government’s attention to London’s Bond and Regent Streets which are considered some of the world’s most expensive streets. The high cost of rent causes luxury brands to increase rates, in effect, affects visitors who prefer London over Milan or Paris as their shopping destination.

Alternatively, future store openings may have a greater effect. Brandon Famous, CRBE Executive Director, notes that brands in western cities where they have no established presence that avoids opening sales outlets. Alternatively, they may have four additional stores in China.