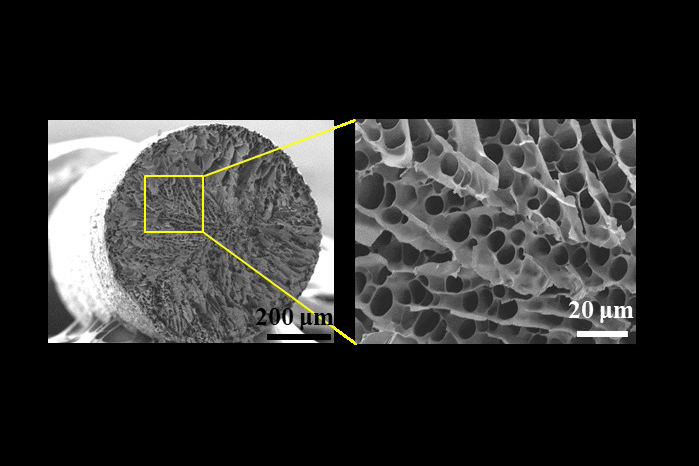 Imagine a single garment that could adapt to changing weather conditions, keeping its wearer cool in the heat of midday but warm when an evening storm blows in. In addition to wearing it outdoors, such clothing could also be worn indoors, drastically reducing the need for air conditioning or heat. Now, researchers reporting in ACS Applied Materials & Interfaces, say they have made a strong, comfortable fabric that heats and cools skin, with no energy input.

“Smart textiles, that can warm or cool the wearer are nothing new, but typically, the same fabric cannot perform both functions. These textiles have other drawbacks, as well — they can be bulky, heavy, fragile and expensive,” the researchers say. “Many need an external power source.” Guangming Tao and colleagues wanted to develop a more practical textile for personal thermal management that could overcome all of these limitations.

The researchers freeze-spun silk and chitosan, a material from the hard-outer skeleton of shellfish, into coloured fibres with porous microstructures. They filled the pores with polyethylene glycol (PEG), a phase-changing polymer that absorbs and releases thermal energy. Then, they coated the yarns with polydimethylsiloxane to keep the liquid PEG from leaking out.

The resulting fibres were strong, flexible and water-repellent, the researchers report. To test the fibres, the researchers wove them into a patch of fabric that they put into a polyester glove. When a person wearing the glove placed their hand in a hot chamber (122 F), the solid PEG absorbed heat from the environment, melting into a liquid and cooling the skin under the patch. Then, when the gloved hand moved to a cold (50 F) chamber, the PEG solidified, releasing heat and warming the skin.

According to the researchers, the process for making the fabric is compatible with the existing textiles industry and could be scaled up for mass production.

The authors acknowledge funding from the National Natural Science Foundation of China and the WNLO Man-Machine Lab Fund. 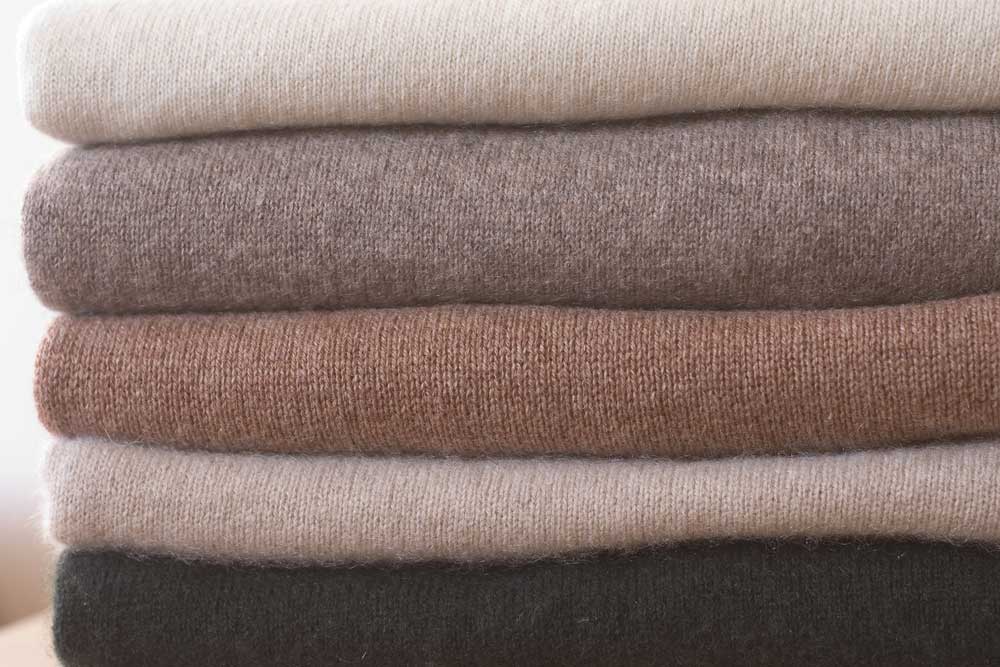 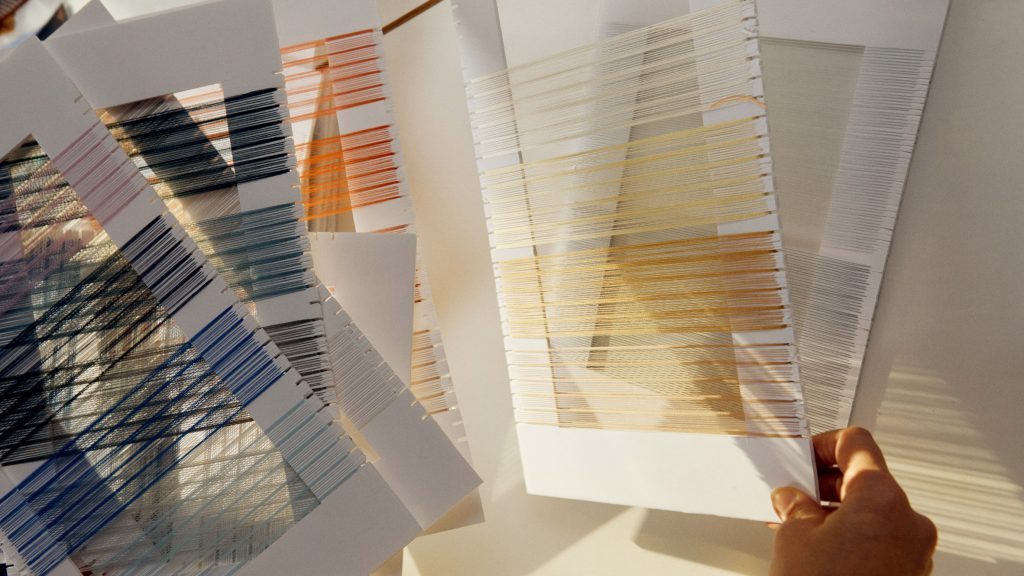 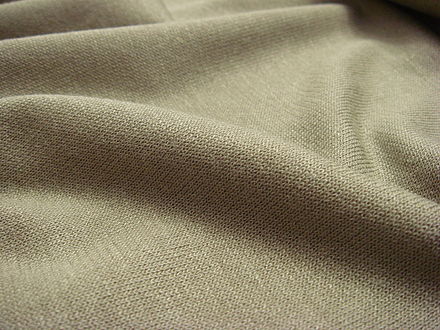